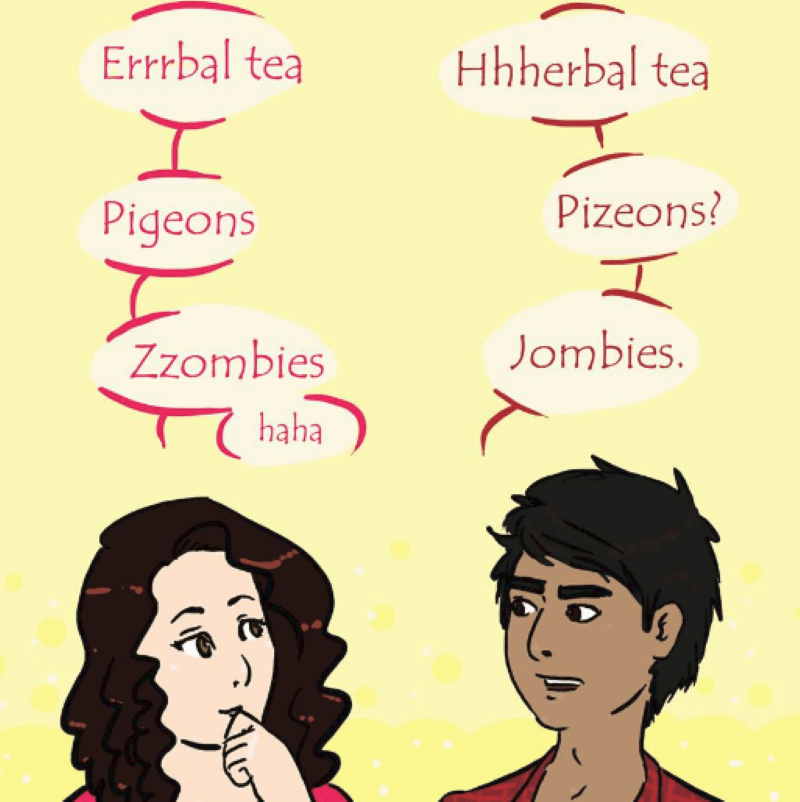 Notwithstanding an approved Indian-English accent speech, accent-less enunciation is a myth. Irregardless of the racial stereotypes, our speech is naturally shaped by the vernacular we speak, and the Indian vernaculars are numerous! Then how does a computer decipher speech from different Indian states, which even Indians from other states, find ambiguous to understand?

ASR (Automatic Speech Recognition) takes any continuous audio speech and output the equivalent text . In this blog, we will explore some challenges in speech recognition with focus on the speaker-independent recognition, both in theory and practice.

The challenges in ASR include

Lets address each of the above problems in the sections discussed below.

The complete source code of the above studies can be found here.

Models in speech recognition can conceptually be divided into:

When we speak we create sinusoidal vibrations in the air. Higher pitches vibrate faster with a higher frequency than lower pitches. A microphone transduce acoustical energy in vibrations to electrical energy.

Our speech is made up of many frequencies at the same time, i.e. it is a sum of all those frequencies. To analyze the signal, we use the component frequencies as features. Fourier transform is used to break the signal into these components.

We can use this splitting technique to convert the sound to a Spectrogram, where frequency on the vertical axis is plotted against time. The intensity of shading indicates the amplitude of the signal.

To create a Spectrogram,

If we line up the vectors again in their time series order, we can have a visual picture of the sound components, the Spectrogram.

Next, we’ll look at Feature Extraction techniques which would reduce the noise and dimensionality of our data.

Mel Frequency Cepstrum Coefficient Analysis is the reduction of an audio signal to essential speech component features using both Mel frequency analysis and Cepstral analysis. The range of frequencies are reduced and binned into groups of frequencies that humans can distinguish. The signal is further separated into source and filter so that variations between speakers unrelated to articulation can be filtered away.

Only those frequencies humans can hear are important for recognizing speech. We can split the frequencies of the Spectrogram into bins relevant to our own ears and filter out sound that we can’t hear.

We also need to separate the elements of sound that are speaker-independent. We can think of a human voice production model as a combination of source and filter, where the source is unique to an individual and the filter is the articulation of words that we all use when speaking.

Cepstral analysis relies on this model for separating the two. The cepstrum can be extracted from a signal with an algorithm. Thus, we drop the component of speech unique to individual vocal chords and preserving the shape of the sound made by the vocal tract.

Cepstral analysis combined with Mel frequency analysis get you 12 or 13 MFCC features related to speech. Delta and Delta-Delta MFCC features can optionally be appended to the feature set, effectively doubling (or tripling) the number of features, up to 39 features, but gives better results in ASR.

So there are 2 Acoustic Features for Speech Recognition:

When you construct your pipeline, you will be able to choose to use either spectrogram or MFCC features. Next, we’ll look at sound from a language perspective, i.e. the phonetics of the words we hear.

Phonetics is the study of sound in human speech. Linguistic analysis is used to break down human words into their smallest sound segments.

Unfortunately, we can’t map phonemes to grapheme, as some letters map to multiple phonemes & some phonemes map to many letters. For example, the C letter sounds different in cat, chat, and circle.

Phonemes are often a useful intermediary between speech and text. If we can successfully produce an acoustic model that decodes a sound signal into phonemes the remaining task would be to map those phonemes to their matching words. This step is called Lexical Decoding, named so as it is based on a lexicon or dictionary of the data set.

If we want to train a limited vocabulary of words we might just skip the phonemes. If we have a large vocabulary, then converting to smaller units first, reduces the total number of comparisons needed.

Acoustic Models and the Trouble with Time

With feature extraction, we’ve addressed noise problems as well as variability of speakers. But we still haven’t solved the problem of matching variable lengths of the same word.

Dynamic Time Warping (DTW) calculates the similarity between two signals, even if their time lengths differ. This can be used to align the sequence data of a new word to its most similar counterpart in a dictionary of word examples.

HMMs are useful for detecting patterns through time. HMMs can solve problem of time variability, i.e. the same word spoken at different speeds.

We could train an HMM with labelled time series sequences to create individual HMM models for each particular sound unit. The units could be phonemes, syllables, words, or even groups of words.

If we get a model for each word, then recognition of a single word comes down to scoring the new observation likelihood over each model.

To train continuous utterances, HMMs can be modelled for pairs. Eg: HER-BRICK. This will increase dimensionality. Not only will we need an HMM for each word, we need one for each possible work connection.

But if we use Phonemes, the dimensionality increase isn’t as profound as with words, for a large vocabulary. For 40 phonemes, we just need 1600 HMMs to account for the transitions.

Language Model inject language knowledge into the words to text step in speech recognition to solve ambiguities in spelling and context. i.e. which combinations of words are most reasonable.

For example, since an Acoustic Model is based on sound, we can’t distinguish similar sounding words, say, HERE or HEAR. The words produced by the Acoustic Model can be thought of as a probability distribution over many different words. Each possible sequence can be calculated as the likelihood that the particular word sequence could have been produced by the audio signal.

If we have both Acoustic Model and the Language Model, then the most likely sequence would be a combination over all these possibilities with the greatest likelihood score.

We want to calculate the probability that a particular sentence could occur in a corpus of text. We have seen the probability of a series of words can be calculated from the chained probabilities of its history. With N-grams we approximate the sequence probability with the chain rule.

To address the problem of prohibitively huge calculations, we use the Markov Assumption to approximate a sequence probability with a shorter sequence.

e can calculate the probabilities by using counts of the bigrams and individual tokens.

To summarize the above Speech-to-Text (STT) process,

1. We extract features from the audio speech signal with MFCC.

3. Uses statistical language models such as N-grams to straighten out language ambiguities and create the final text sequence. Using Neural Language Model trained on massive amounts of text, probabilities of spelling and context can be scored.

CTC layers solve the sequencing problem as audio signals of arbitrary length, need to be converted to text. If we use DNNs, we may not need feature extraction or separate language model at all.

According to by Baidu’s Adam Coates, additional training of a traditional ASR peaks at some accuracy. Meanwhile, DNN Solutions shine as we increase data and model size, though they are unimpressive with small data sets.

Let’s explore how to design Acoustic models with Deep Neural Networks and compare their performance.

Below is the gist of architecture considerations while designing a deep learning model for speech recognition.

If you change the GRU units to SimpleRNN cells, then the loss can becom undefined (NAN) due to the exploding gradients problem. To solve this, use gradient clipping (set ‘clipnorm’ argument to lower value in SGD optimizer)

CNN model has lower training loss but higher validation loss, which denotes overfitting. Deeper RNN performs better in validation loss as they help to better model sequential data. Bidirectional RNN may not help much as the length of sequential input is not much. We can give it a try though.

As we combine learning from both the models above, here we tie the CNNs with a deeper bidirectional RNN and add maxpooling to avoid overfitting.

As you can see in the analysis here, Model 2 (Deep-RNN) performs the best among all 3 models. Logically hence, a better model architecture should contain deeper RNNs.

Let’s see the output of our custom model after training just 1–2 hours:

After doing Lexical Decoding (phoneme to word) and Language Modelling the transcribed text can be made more meaningful. But to get state-of-the-art models, we need to train bigger, deeper models which would take 3–6 weeks on single GPU. Hence, it is prudent to take a pre-trained model & transfer learn to decipher multiple accents, which is the main focus of this blog.

Indians in different states speak English in different accents. To make the model recognize such accent variations, we can train a pre-trained speech model, on a voice dataset having spoken English recordings from many states. Here, we transfer-learn Baidu’s Deepspeech model and analyse the recognition improvement using test dataset.

set_audio_rate.py hosted with by GitHub

Lets plot above metrics, feeding Indian Accent Speech Data (Test Set) to both DeepSpeech pre-trained model and our trained model to compare. The 3 bins in graphs below represents low, medium and high accuracy, from left to right.

‍
The above depiction proves that the trained model performs much better for Indian Accent Speech Recognition compared to DeepSpeech model.

We have seen ‘Cepstral Analysis’ separate out the accent components in speech signals, while doing Feature Extraction (MFCC) in Traditional ASR. In state-of-the-art Deep Neural Networks, features are intrinsically learnt. Hence, we can transfer learn a pre-trained model with mutiple accents, to let the model learn the accent peculiarities on its own.

We have proved the case, by doing transfer learning Baidu’s DeepSpeech pre-trained model on Indian-English Speech data from multiple states. You can easily extend the approach for any root language or locale accent as well.

The complete source code of the above studies can be found here.

If you have any query or suggestion, you can reach me here 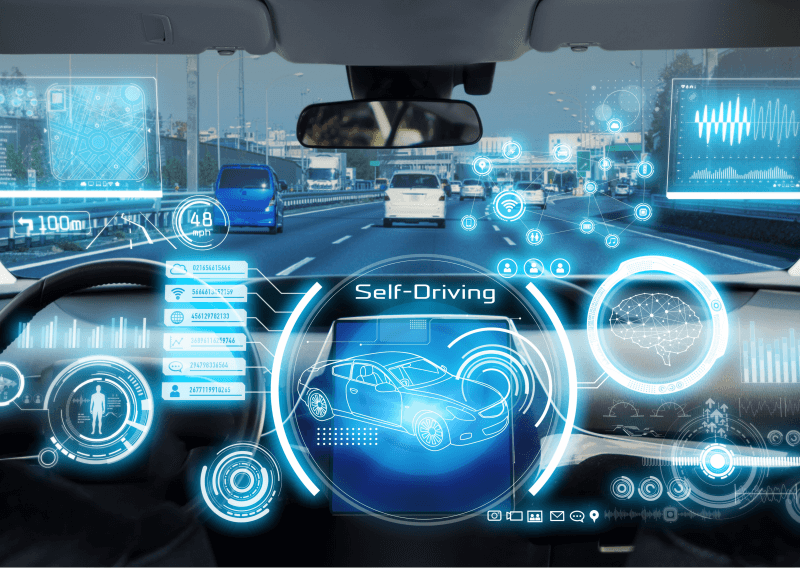 How do we make self-driving cars, like our Indian Mythological God-carrying vehicle. 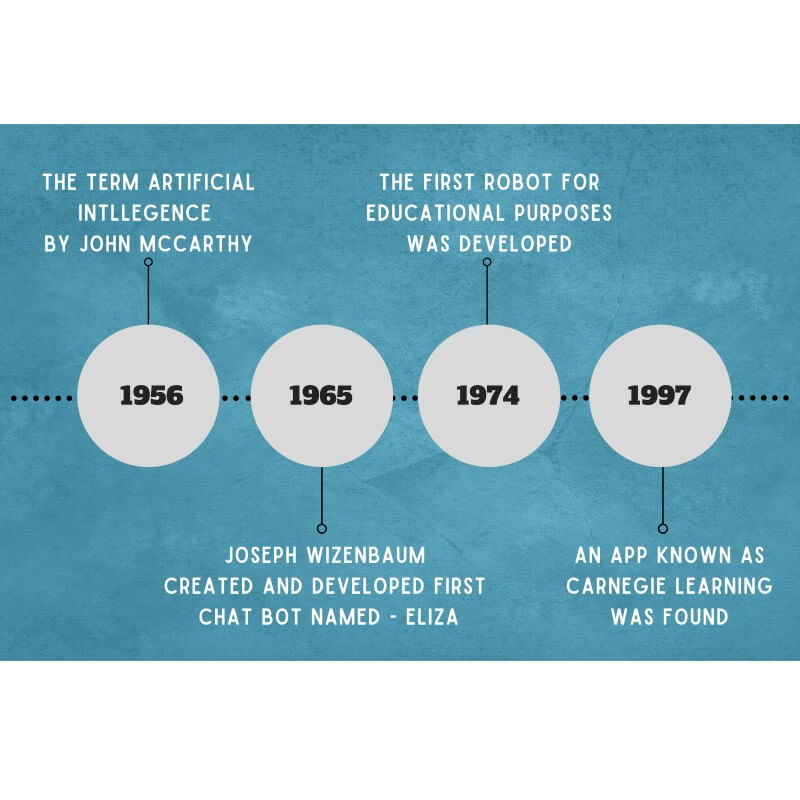