AI : A Savior for the Space Industry 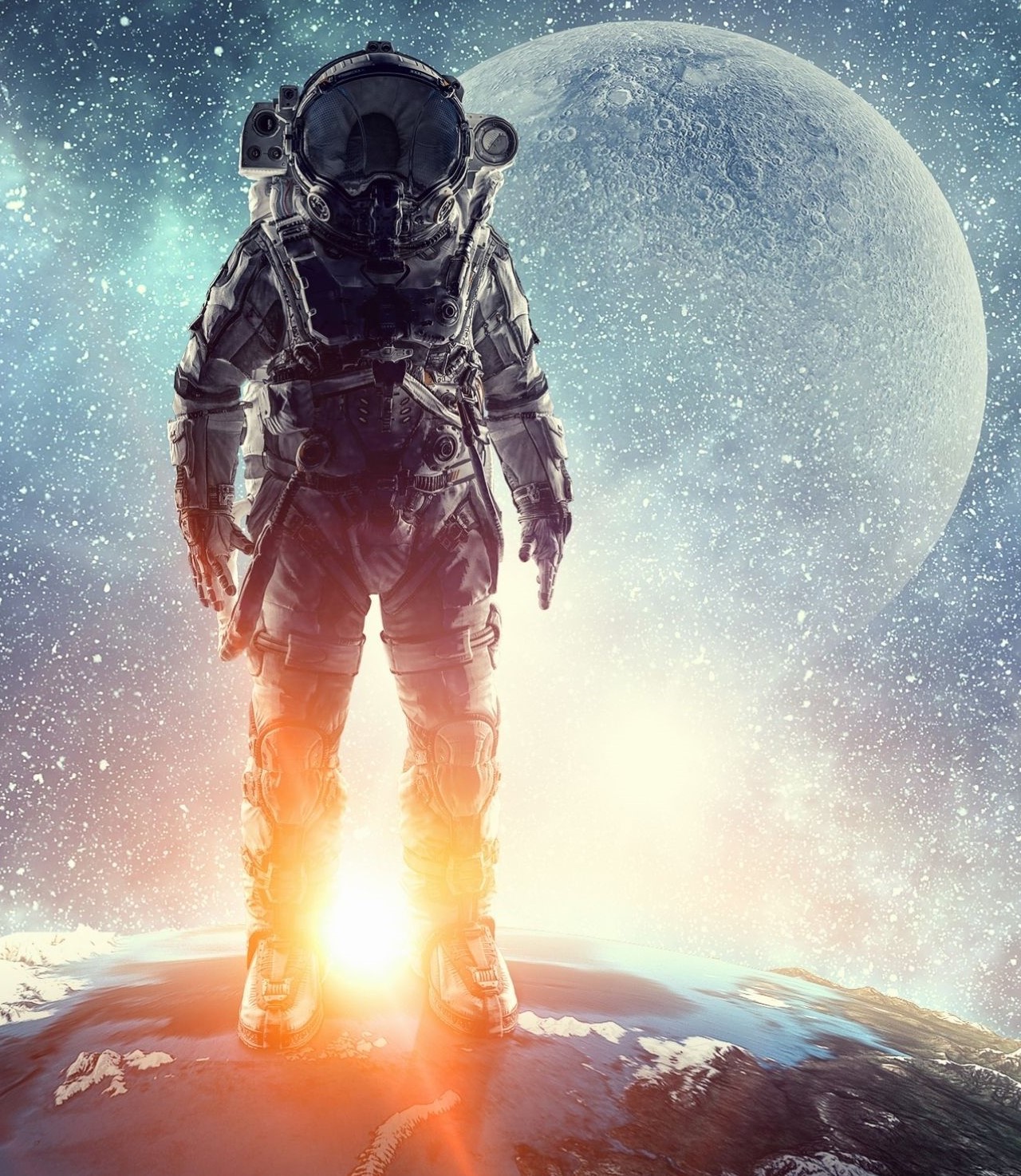 Authored by Aaditya B. & Team.

The very meaning of the word “intelligence” is in itself intriguing. “Intelligence” or “intelligent” is declared in many aspects including the process of learning and making critical decisions. A direct example of the definition of “intelligence” can be taken from the saying - “with age comes wisdom”, i.e. the gradual aging of a Humans would enrich them with “experience” and “knowledge”. We can then define that, the Human has gained the required expertise and knowledge to be considered an “intelligent” person (though age is just another aspect and not a compulsion to be considered as intelligent). The statement above simply implies that with more and more work exposure and experience Humans tend to gain intelligence. Artificial Intelligence (referred to as AI) can be defined in the conventional sense as a Computer Software responsible to function autonomously through analysis of the pre-installed programs. Considering the above analogy AI analyzes and learns the programs provided to it by Humans. So, just like we Humans tend to increase our “knowledge” and “experience” in order to “gain” intelligence, AI follows the same protocol. AI manages to make critical decisions with the experience the software has gained and analyzed by the provided Human programming and commands.

Artificial Intelligence henceforth receives the best candidacy to be involved in Space sciences. In Space Sciences, specifically in observational astronomy there is a requirement for proper surveillance for the incoming data transmitted by satellites and telescopes. This is because the changes in observational astronomy occur suddenly and often they cannot be predicted in advance. The underlying factor is that the space is so vast which might possibly dilute the changing or unrecognized phenomena of the Universe. This is just one of many uncertainties that occurs in observational astronomy. Other than that, precise data collection and analysis without errors and storage limits can only be initiated and ultimately completed by AI.

AI in Astronomy introduced in this article gives a basic explanation of use of AI in detection of cosmic phenomena and unknown space anomalies. The next part of this article in the future editions, explains the same concept with a few examples - which includes the current scenario of Space Technology. The detail shared will also be specifically focused upon incorporation of AI in intelligent robots, which are either to be made or are already commissioned. Furthermore, a basic introduction is provided for AI and computer science used in deep space research contributions.

AI in Astronomy and its Role

AI definitely is an inseparable part of Astronomy since it has many roles mainly data analysis and decision making. One cannot be around every time when a sudden important information needs to be analyzed or processed. AI handles this domain of work by making it an autonomous system acting as a default system where, whichever data is collected, gets analyzed and is then reinterpreted in the form of graphs, images, computer codes etc. Now, this activity saves a lot of time and also gives one the opportunity to properly examine the data in an easier and understandable way. In Astronomy this helps one to discover sudden changes in the Universe like - detecting a Black hole, supernovae etc. which are considered to be rare events.

Detection of Exoplanets also has AI involved in it. The telescopes like the Kepler Space Telescope and the Hubble Space Telescope basically capture images of space mainly focusing on the detection of special phenomena like - Discovery of Earth like planets, or Imaging of deep space. Collecting and decoding of images is mainly done by powerful computers with AI assisted by Humans. This helps to convert complex data transmitted by the telescopes to be made easily understandable for scientists in no time.

Another aspect which requires AI assistance is Astrodynamics. In this AI is responsible to help scientists understand whether their calculations regarding the orbit speed of a satellite or rocket’s path in space are correct or is it probable to cause failure. Computers equipped with AI also help to maneuver a satellite to a planet’s orbit insertion so that chances of failure are less.

Space Robots - Next step towards AI’s success in Space

We tend to personify the non-human machines with in-built AI. These machines are interestingly termed as “Humanoid” as they are designed in such a way that their functions as well as their persona are similar to humans. The only difference here is that they are walking computers, who are much faster and efficient. But the deciding factor if they are the best candidates and considered intelligent - should be given to us humans; not just for the cause of developing them but for also programming them to assist us in our tasks. Space provides us with an opportunity to test our skills to the extremities, since the conditions are never favorable.

Living in space might seem very exciting but it is not a very predictable and pleasing journey. Astronauts on-boarding the International Space station (ISS) are well trained professionals. But still it’s very hard to live in space, though they are still in the Earth’s orbit and not beyond Earth. This is due to the fact that in Zero gravity, where everything changes and makes even trained Astronauts uncomfortable. This is evident by the incidences like flying food, water, and astronauts themselves flying. It disrupts their body’s habits and completely manipulates it. To tackle this problem NASA and ESA are working closely on developing Space Assistants, which will help and assist Astronauts to complete their day to day tasks. These humanoid machines would help Astronauts recognize what should be done to keep them fit in Space, as well as help them conduct experiments in the ISS that are monitored by the scientists. Int- Ball developed by the Japanese Aerospace Exploration Agency (JAXA) is currently onboard the ISS, where it takes images and videos automatically - related to the experiments conducted onboard ISS. The incorporation of AI in space starting from the ISS would help increase the scope of AI assisted deep space missions, which would in turn help humanity understand Space beyond Earth in a more effective manner.

One more famous space robot assistant is Creative Interactive Mobile Companion or CIMON, launched by German Space Agency DLR. It is basically an AI Assistant to the German astronauts who onboard the ISS. It helps them to do day to day tasks and can speak, listen and also fly. CIMON can be compared to a flying Google Assistant. It was decommissioned in 2014 so as to replace it with CIMON 2.0. These are just the two of many projects going on in the robotics sector of the space industry.

In Astronomy, deep space missions and research following it are the most challenging fields of work. This is due to many factors including the limitations suffered by us in technology. Space Technology Development is a big and tedious game. Continuous, non-stop work needs to be done in this field to procure “possible” successful results. Scientists and Engineers work closely to solve problems on a daily basis to enrich the capabilities of technology, which will be used in future missions. NASA and ESA are in collaboration for funding and development of an AI based Tech gadget based on AIDA or Artificial Intelligence Data Analysis. AIDA will be a machine collecting the enormous amounts of data provided to it by NASA and ESA, to make new discoveries, detecting changes in the solar system and beyond.

Examples of AI involvement in Deep space missions can be observed with many missions, including the Kepler telescope mission and the Laser Interferometer Space Antenna or LISA. Kepler telescope deployed in space serve the major objective of discovering Earth-like exoplanets in the habitable zone of their parent star  - also referred to as the Goldilocks’ Zone. NASA decided to incorporate several AI based programming within the telescope, to enhance its possibilities for error less functioning and accurate discoveries of exoplanets.

LISA will also be used in detecting Gravitational Waves or ripples in the Space itself. This is made possible by a machine known as the Interferometer. But the major problem is that the wavelength of Gravitational waves is so small (even smaller than a proton inside an atom) so its detection requires extreme precision. Artificial Intelligence would be incorporated into the Antenna to make it operational, even during sudden changes in the Space. LISA can sustain only till the next decade since it is a difficult mission, along with funding issues for the mission. These are very basic examples of how AI has been used in the Space Sciences. The actual processes are extremely long and challenging, since it requires a lot of machinery and complex coding. Yet, with AI assistance and human control, the success rate of such Space missions in future can be profuse.

The main idea of this article was to provide a basic insight of AI’s role in Space Sciences and its future prospects along with current involvements. AI in future will no doubt be a sector on which the Space Industry would be dependent. Current developments of AI in Space are considerably large, yet we are still far away from developing an ecosystem of intelligent computers, to make space missions fully autonomous. The basic examples in this article suggest the development of AI in space. Due to the possibilities of human errors and other manufacturing and technical errors, some missions may fail. So there is a requirement for AI to be introduced in every sub-sector of the Space Industry, ranging from making rockets to imaging data from telescopes - ultimately making it error-proof!