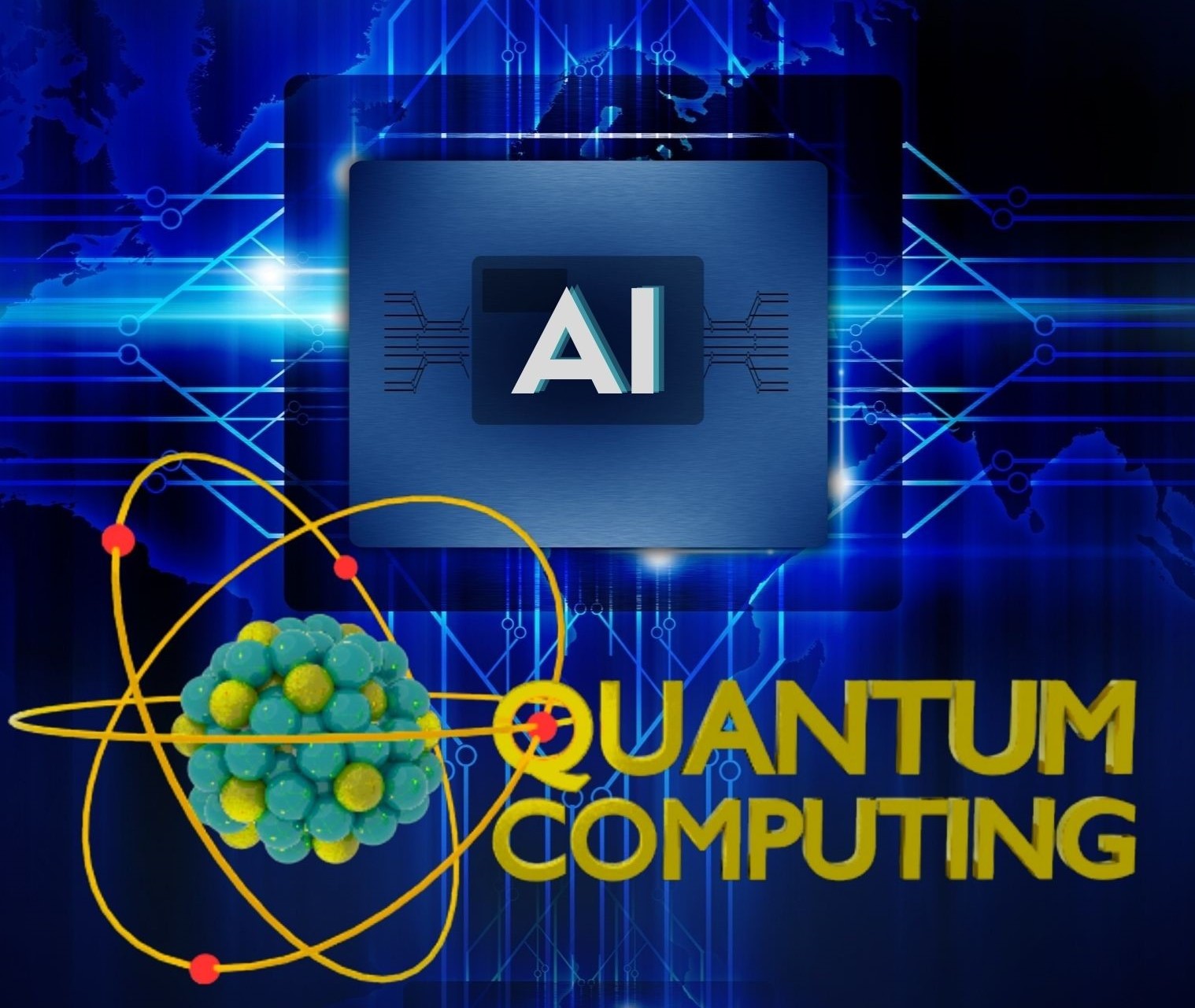 If the 1900s had a dating app, artificial intelligence would have definitely swiped left on quantum mechanics. But add a tinge of Gen-Z technology into the mix and they’re a match!

If you’re wondering about what quantum mechanics means, here’s a easy explanation: it’s just a branch of science that attempts to explain the behaviour of subatomic particles at the nanoscopic (extremely small) level.

Although, initially, it may seem like quite a dysfunctional family tree, quantum computing and artificial intelligence generate a prodigious crossover—Quantum Artificial Intelligence!

“Quantum computing is a new paradigm that will play a big role in accelerating tasks for AI and can provide computing power that can operate beyond classical capabilities.”

Engage in the confusing quantum world with the following video where the enigmatic Mr. Schrödinger’s cat guides you through an engaging and simplified explanation of Quantum Computing!

“Nature isn’t classical, damnit, so if you want to make a simulation of nature, you’d better make it quantum mechanical.” — Physicist, Richard Feynman

Here’s a little analogy to get us through the terminologies and concepts in this article. Let’s imagine that a ‘qubit’ is a 1 rupee coin or you can just pull one out of your pocket!

Spin your coin on the table and think about whether it is heads or tails. Astonishingly enough, the answer is that it’s actually both! It can simultaneously be in both the states at the same time.

Essentially, entangled pairs are connected even across very long distances (yes, even the opposite ends of the universe) and actions performed on one of the entangled pairs affects the other. It’s an important component of the ‘many worlds’ quantum theory. Einstein even called it “spooky action at a distance”! *For context, he was ardently against quantum theory.*

Meanwhile, you might ask, “Kaveri, all of this sounds really interesting but what is a qubit?”

Let me start off by saying that a qubit is way cooler than a classical bit can ever be. A quantum computer works on qubits similar to how the device you’re viewing this article on works on classical bits (0 and 1). These qubits can have ‘multiple’ quantum states simultaneously because of superposition!

Here’s a visual representation of how a qubit varies from a classical bit.

How about we sit in for a discussion with a leading IBM researcher in the following video, where she explains Quantum Computing with varying degrees of complexity to gain a better idea of what we’re dealing with?

Are you now ready to delve into this mind-bogglingly weird quantum universe and understand how translating its immense potential into AI can open our “classical” door to endless possibilities?

By embarking on a journey into the quantum domain of computing where the classical laws of physics no longer apply, we realise that we have the potential to create processors that are exponentially faster (x100000000 times or maybe even more?) than our traditional classical computers. In our venture into a relatively enigmatic realm of physics, we are sure to come across solutions that we haven’t quite theorised. Yet.

“We need a foundation that will help us prepare for the jobs that don’t even exist today—jobs that are the solutions to the problems that we haven’t yet identified.”

Only when we contemplate the extent of revolution that just 2 bits (0 or 1) set into motion can we truly appreciate and imagine the explosively extraordinary opportunities of quantum parallelism that quantum computing provides!

If the term ‘quantum parallelism’ went over your head, don’t worry. Mr. Schrödinger’s cat shall come to your rescue! Quantum parallelism is basically where we have the processing power of qubits that can perform millions of calculations at the same moment.

For years, researchers have been focussing on improving the software to implement increasingly complex algorithms, but there are optimisation constraints that have become inevitable to set aside any longer. Sooner or later, companies will require extremely powerful machines to meet their ever changing needs.

To leap over this hurdle of classical computation’s impending stagnation, computer scientists and physicists are working together on state-of-the-art techniques to expedite the data analysis and extraction procedure. This involves analyzing gargantuan amounts of data generated every minute in the world. Well, you might say, “Kaveri, this definitely sounds fantastic but how are they really going to handle these unmanageable swathes of data?”

The answer? A more straightforward explanation would be, to harness the powerful yet strange properties of quantum theory such as - superposition and entanglement that we just touched upon and apply these phenomena to Quantum Machine Learning (QML) research!

Here’s a fun fact for you: In principle, a 300 qubit quantum computer could perform more calculations at once than there are atoms in the observable universe! Did that just blow your mind?

From complex financial modelling and optimization problems to prediction models and cryptography, QML has an enormous amount of fields it can potentially revolutionize!. The possibilities are endless and so is the list…

Although, previously, a less-treaded path, entrepreneurs are now seeking ways to exploit this technical combination for a fruitful investment. With major tech giants at the forefront of QML research and pouring in billions of dollars expecting it to ripen into high dividends, it sparks our curiosity to delve deeper and equip ourselves for the fast paced and confusing quantum world of the future!

According to Samuel Fernández Lorenzo, a quantum algorithm researcher, “Quantum machine learning can be more efficient than classic machine learning, at least for certain models that are intrinsically hard to learn using conventional computers.”

Here’s another fun fact: If we have a 100 qubit quantum computer then theoretically, using superposition—a fascinating property that you learnt about from Mr. Schrödinger’s cat—it could be more powerful than all the supercomputers on the planet combined. Well, a simple way to explain this would be to visualise that quantum computers are exponential in nature whereas classical computers are merely linear.

If you’ve gotten this far and you’re thinking, “Kaveri, this is ridiculously cool but how will I ever get my own quantum computer?”, then here’s a special bonus for you!

You can use IBM’s Q Experience (quantum on ☁️) — https://quantum-computing.ibm.com/ — and run experiments and simulations through IBM’s Q Network!

With the advent of various programming frameworks such as PennyLane, Qiskit, Forest, TensorFlow Quantum, Cirq and so many more, it is now easier than ever to work on and tinker with quantum machine learning!

But do we still want to learn more about it? Absolutely!

Stay tuned for a DIY series where we make our very own Quantum Machine Learning models!